An Overview of Religions in Vietnam

In Vietnam, 95% of the population practice a religion or beliefs. Every year there are about 8,500 religious events taking place across the country. There are 6 major religions, including Buddhism, Catholicism, Caodaism, Protestantism, Hoahaoism, and Islam, along with several folk religions. Many religious rituals from the ancient time are still practiced and have become a part of the Vietnamese daily life. The 54 ethnic groups in Vietnam have made the folk religions more diverse and the non-native beliefs more suitable with Vietnamese traditions.

Types of Religions in Vietnam 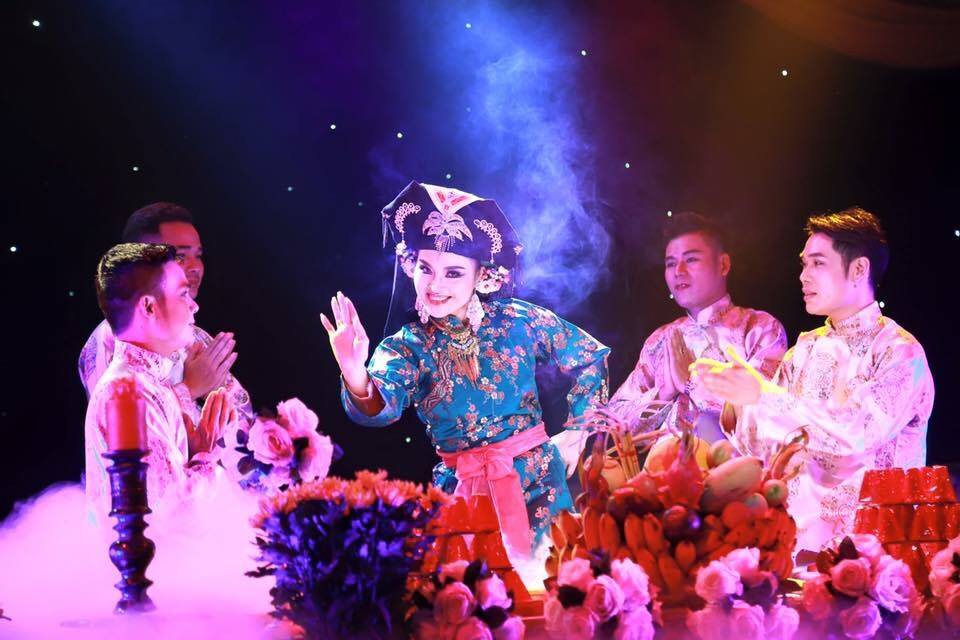 Folk religions in Vietnam include worship towards ancestors, national heroes, and Gods of nature. Almost half of the population in Vietnam have faith in one or more of these figures. When traveling to Vietnam, you will have the chance to visit numerous temples worshipping deities such as the Wind, Forest, Fire, Water, and Ocean Gods. You can also find many houses that are built mainly to give incense and offerings to the ancestors of a family. Even today, on the ancestors’ death date, the younger generation will hold memorials to remember and show appreciation to the deceased. Besides, the national heroes like Tran Hung Dao or the country creators like Hung Kings and Au Co-Lac Long Quan are also worshiped.

Buddhism in Vietnam is a combination of Mahayana and Theravada branches. Even though they first came to the North of Vietnam and the later was practiced by the Chams when the Nguyen King took control of Champa’s land, which is the current South of Vietnam, both of these branches came early into the country.

Buddhism is the earliest non-native religion to come to Vietnam through the Indian missionaries in the 1st and 2nd century. The development of Buddhism continued throughout many centuries after that and became the most popular religions in the country during the 11th to 14th century during the Ly and Tran Dynasties. By this time, there were several pagodas built such as Phap Van Pagoda (Bac Ninh Province), Kien So Pagoda (Hanoi), and Dien Huu One Pillar Pagoda (Hanoi).

After this period, Buddhism development had declined, and there are only about 12% of the population holding this faith today. However, although Buddhism is not practiced as much as they used to be, Buddha teachings are still deeply rooted in Vietnamese beliefs and cultures.

Catholicism came to Vietnam in the 16th century when the Westerners discovered new lands. Because of the language and cultural barriers, the missionary works were not successful. At first, the Kings in Vietnam supported the religion, but later they were against it because they thought Catholicism ideology could make people worship Jesus and question their power.

It was not until the civil war in Vietnam created an advantage for Catholicism missionaries to build influence on the Kings that the missionary work was allowed again and even received support from the Nguyen King. To reach out to the Vietnamese who used a different kind of writing, the priests had created a dictionary with Romanized words, which was the key to success of Catholic missionary work and also the beginning of the Vietnamese Alphabet.

From the beginning of 19th century, Catholicism received much support, and it was then that many churches were built such as Phat Diem Stone Church (Ninh Binh), Hanoi Cathedral (Hanoi), St. Joseph Cathedral (Hanoi), Phu Cam Church (Hue), and Saigon Notre Dame Cathedral (Basilica) (Ho Chi Minh). And until today, the number of archdiocese and diocese is 26 with 7% of Vietnamese followers.

Along with the religion development, the Western cultural influence also makes Vietnamese see Christmas as a celebrating event, even though it is not a national holiday. And Catholics in Vietnam can offer incenses to their ancestors as long as the family altar is not above the Jesus altar and the offering is not an item encouraging superstition.

Protestantism was only introduced in Vietnam in 1911 after the arrival of a Canadian missionary, Robert A. Jaffray. Soon after his arrival, a church was established in Danang. Now, it is estimated that more than half of all Protestants in Vietnam are ethnic minorities in the northwest highlands, including Hmong, Thai, and Dzao.

It is estimated that 6.8% of Vietnamese are Catholic, while 1.5% are Protestant. Some sources, however, claim the figures are higher.

Cao Dai and Hoa Hao are both relatively new religions in Vietnam, concentrated mainly in the rural areas in the southern delta region. They are considered sects, but have many followers. It is estimated that 4.8% of the people of Vietnam believe in Caodaism, and 1.4% believe in Hoahaoism.
Go to topasiatravel.net for more useful information about Vietnam tours with Top Asia Travel