Money:
The official currency in Vietnam is Dong. The Dong is non-convertible and in October 2015 trades at approximately 22,300 to USD. You can use the website of Vietcombank to see the daily exchange rate. The U S dollar, preferably crisp clean bills, is widely accepted among major shops and restaurants. The downside to this is that the prices will be converted from Dong at the vendor’s chosen exchange rate, which may or may not be close to the official exchange rate, and will be rounded up to the nearest USD, making it more expensive than the cost in Dong. 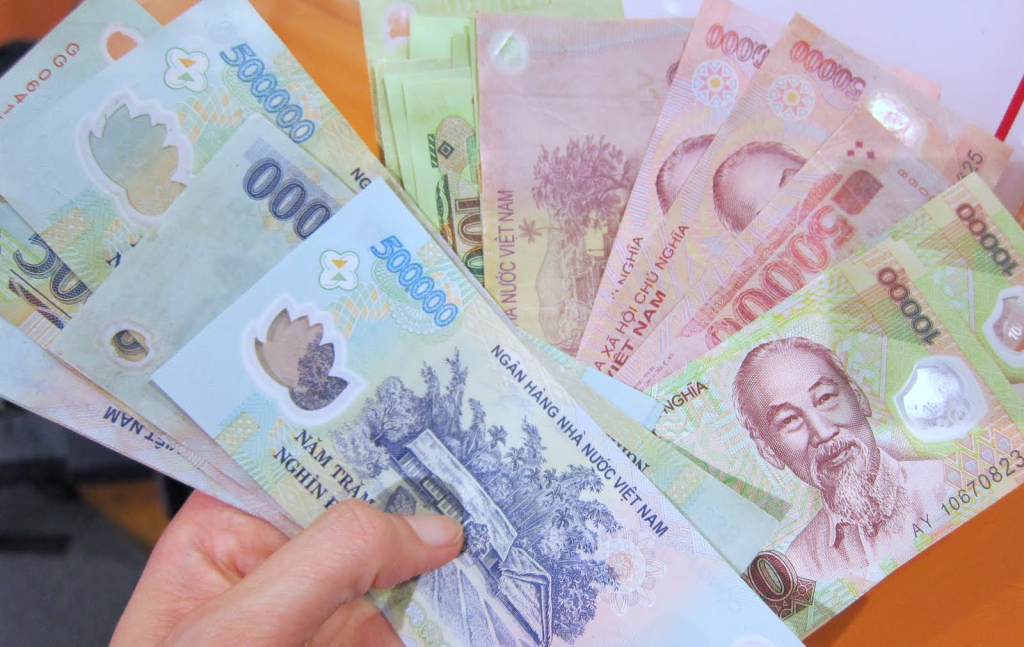 It is illegal to list prices or ask for payment in any currency that is not the Dong.

The Euro, Pound and various other currencies are also easy to exchange.  If you intend to exchange your home currency for Dong, ensure your notes are clean and undamaged, as banks and other exchanges will not accept any notes which are torn, excessively crumpled or have writing on them.  Visa and Master card are becoming more accepted in many of the bigger hotels and restaurants, especially in the larger cities with usually a surcharge of 3%.

When you are agreeing prices with Taxi drivers or shops, always use Dong to save arguments later about the exchange rate you were expecting.  While most will use the official rate of the nationals banks, some do try to argue differently.  Always double check the conversion rate you have been offered.

Also with such high denominations of note, be careful of common scams run by street sellers where you are short changed by a factor of ten (eg as part of your change, you may receive five 2000 dong notes as “100,000 VND!”).

Outside Vietnam the Dong is normally not accepted (excluding Cambodia and Laos), so before leaving the country remember to exchange any Dong left. In Saigon airport you can change before immigration at two bank booth that use the standard rate plus 2% fee. After immigration there are two more small booths that charge no fee, no receipt and standard rate. On arrival there are two exchange booth with a normal exchange rate and a bunch of ATMs outside turning righ.

There are a number of international banks operating in both Hanoi and Ho Chi Minh City with 24hour cash withdrawal facilities. Most ATMs enables you to get cash from VISA, MASTER CARD, Cirrus, Maestro, Plus and JCB network.

Under Vietnamese law, ATM may only dispense cash in Vietnamese Dong. Current amounts that can be withdrawn at any one time is usually very low, 2,000,000 Dong with an additional usage charge variable from 30.000d up. On March 2014 the situation is getting worse particularly for debit card using MasterCard circuit (Cirrus, Maestro), while Visa debit is accepted by more ATMs. Banks are increasing fee against foreign debit cards, both Techcombank and Vietinbank charge 55.000d (the last even without showing the amount, just a generic message “There will be fees”, or even without a message). Avoid both, use SCB. Vietcom bank usually charges 20,000 dong.
Go to topasiatravel.net for more useful information about Vietnam tours with Top Asia Travel