However most of the festivals, anniversaries and traditional cultural events of Vietnam are in accordance with its lunar calendar, nowadays, Christian calendar is widely used throughout the country. Annually, joining in the modern breathes of the world, Vietnam also celebrates the International New Year Day on the first day in Western Calendar – January 1st. 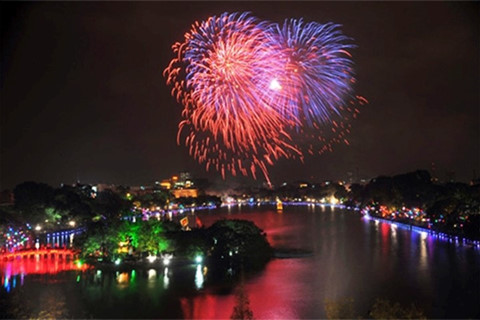 Lunar New Year Festival often falls between late January and early February; it is among the most important holidays in Vietnam. Officially, the festival includes the 1st, 2nd and 3rd day in Lunar Calendar; however, Vietnamese people often spend about nearly a month to celebrate this special event. 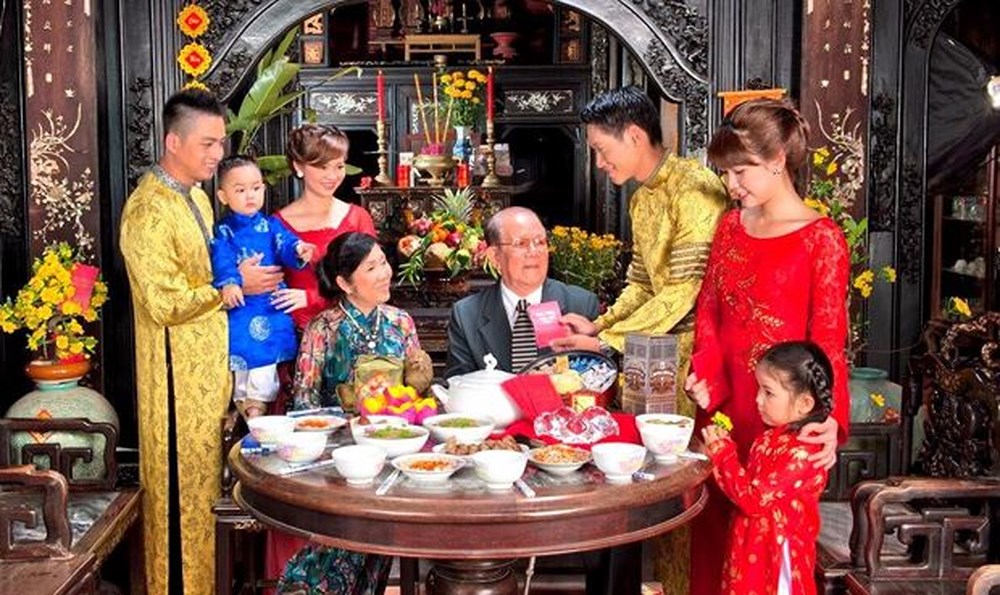 Since Tet occupies an important role in Vietnamese’s religious beliefs, Vietnamese will begin their preparations well in advance of the upcoming New Year. In an effort to get rid of the bad luck of the old year, people will spend a few days cleaning their homes, polishing every utensil, or even repaint and decorate the house with kumquat tree, branches of peach blossom, and many other colorful flowers. The ancestral altar is especially taken care of, with careful decoration of five kinds of fruits and votive papers, along with many religious rituals. Everybody, especially children, buy new clothes and shoes to wear on the first days of New Year. People also try to pay all their pending debts and resolve all the arguments among colleagues, friends or members of family.
Vietnamese believe that the color of red and yellow will bring good fortune, which may explain why these colors can be seen everywhere in Lunar New Year. People consider what they do on the dawn of Tet will determine their fate for the whole year, hence people always smile and behave as nice as they can in the hope for a better year. Besides, gifts are exchanged between family members and friends and relatives, while children receive lucky moneykept in red envelope.No matter where Tet is celebrated, it must be clarified from the beginning that Tet is not a day, but several days of celebration.

This is to honour the Hung Kings. According to historical records and Vietnamese traditions, the Hung Kings were the founders of Vietnam. Hung Kings Commemoration Day is oriented around the themes of filial piety, ancestor worship, and patriotism. 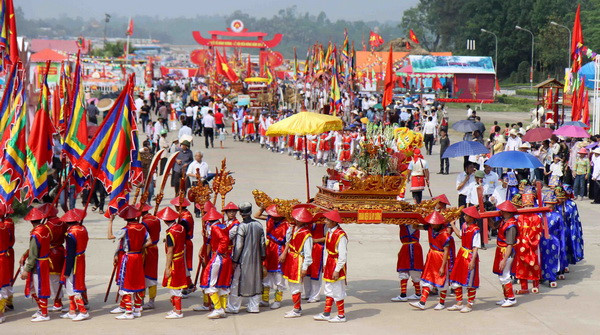 While this holiday is observed over the course of several days, the most important celebrations occur on the 10th day of the third lunar month. For many people, Hung Kings Commemoration Day is a joyous occasion that is centered around traditional Vietnamese culture and values.

In the history of Vietnam, April 30th, 1975 is the day that marks the fall of Saigon government, ending the Vietnam War and leading to the liberation of Vietnam’s southern part. Like a major holiday in any city, there will be some changes to the usually day-to-day operation of Ho Chi Minh city. If you’re in town for the holiday, you’ll notice that every house flies a Vietnamese flag; the patriotism extends into the streets, with lights and flags decorating the entire city. An early morning street parade may close some of the city streets, and at the least expect the streets to be full of people on holiday.

Together with more than 80 countries all over the world, the International Workers’ Day, as known as International Labor Day or May Day in Vietnam, is a public holiday of the nation. It is celebrated on the first day of May, right after the Reunification Day; as a result, the two holidays are normally joined together into one break.

To any country, Independence Day is an important historical, political or cultural event associated with its current status. In most nations, this holiday originally leads to the birth of the country. In Vietnam, National Day is celebrated on 2 September. If the holiday falls on a weekend, the following Monday may be observed as a public holiday. National Day marks Vietnam’s declaration of independence from France. To celebrate Vietnam’s national day, there are speeches, parades, fireworks, and other festivities across the country, with a large march in Ba Dinh Square in Hanoi, where the declaration of Independence was made.This is a very patriotic holiday with the national flag of Vietnam displayed everywhere and large posters of Ho Chi Minh (‘Uncle Ho’) adorning city walls.. 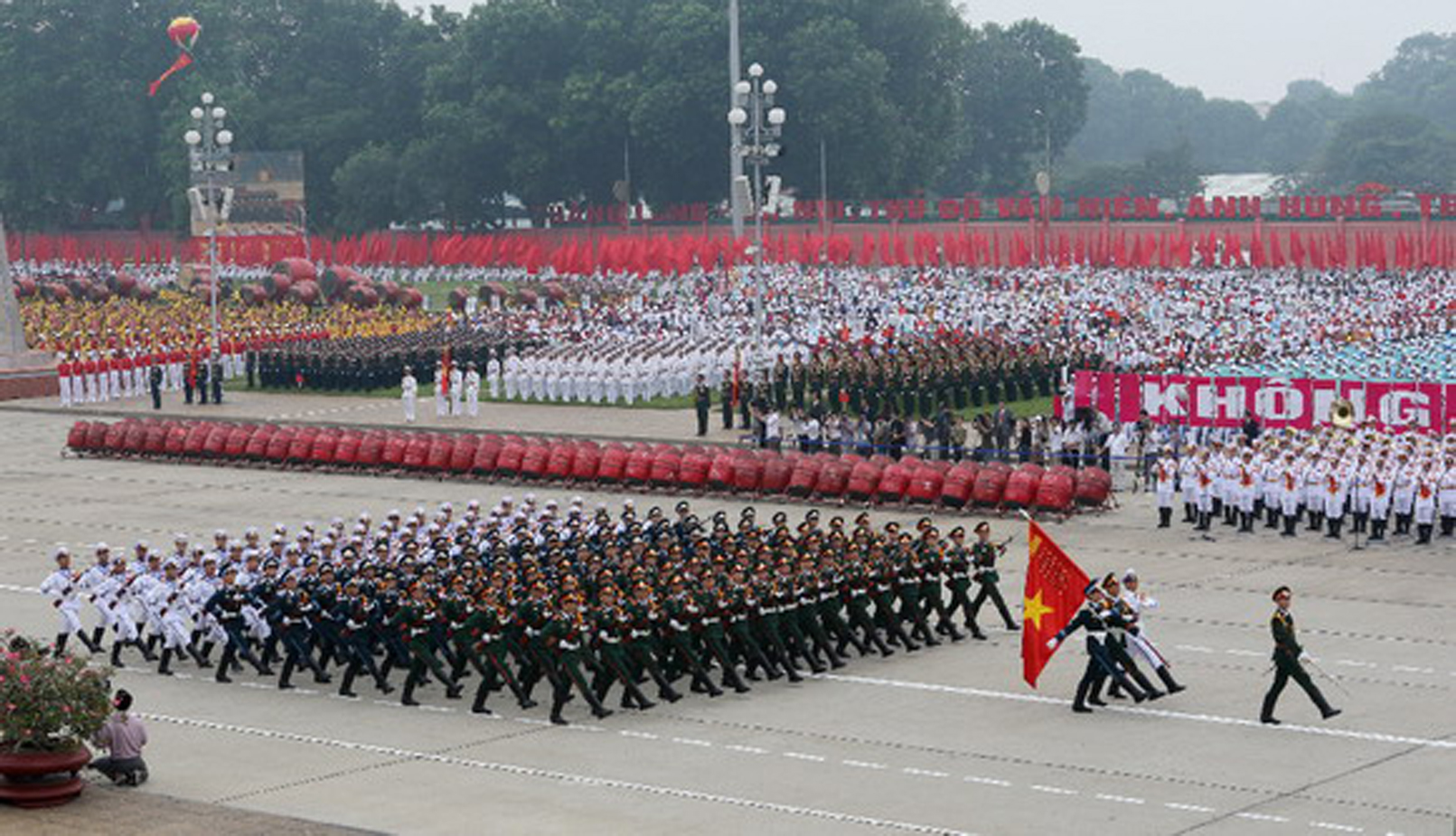 Together with Bai Dinh and Yen Tu Pagoda Festival, Huong Pagoda Festival is among the greatest Buddhist festival in northern part of Vietnam. Huong Pagoda Festival plays an important role in the spiritual life of Vietnamese people in general and Vietnamese Buddhists in particular.
Unlike many other festivals, the Huong Pagoda Festival does not centre around traditional games, but rather romantic trips to caves, pagodas and temples and participation in ceremonies to beseech favours from Lord Buddha. In order to warning up the festival’s lively ambience in the chilly weather, the traditional raditional songs and dances took place before and after the ceremony. Visitors attending Huong pagoda festival usually make some wishes and when they are worshipping Buddha’s in the pagoda, they pray for their wishes to come true. In addition, cultural activities and sporting contests are also held on the occasion of Huong Pagoda Festival: boat racing, climbing, folk song singing, etc. These festive activities take place throughout the festival.

Among the very old days of the country, under the government of King An Duong Vuong (Thuc Phan), Vietnam was called Au Lac. The King decided to build Co Loa (located at Dong Anh District, Hanoi at present time) as the country’s royal palace.
To commemorate the event when An Duong Vuong started moving into the citadel, residents of 12 hamlets belonging to Co Loa as well as 7 other communes around the region held Co Loa Citadel Festival within a 10 day period—from the 6th to 16th day of the first Lunar month.
On the 5th day, at the afternoon, all of the eight communes hold a ceremony with incense offering at the communal house. Meanwhile, at An Duong Vuong Temple, the same ritual is held by the most respected elder among 8 communes, with revision of An Duong Vuong’s accomplishments and merits. On the next day—the official festive day—a procession in which the funeral oration, incense burner and stone tablet are taken from the elder’s house to Upper Temple is carried out. This settlement will be positioned in front of the two altars later on.

About twenty kilometers away from Hanoi, Lim Village of Bac Ninh province is the “hometown” of Quan Ho folk songs, one of Vietnam’s intangible cultural heritages. In order to enhance and promote the tradition of Quan Ho singing, Lim Festival is eagerly celebrated among local residents as well as pilgrims from every part of the country around the 12th or the 13th day of the first Lunar month. Each year, thousands of tourists come to visit Lim Festival and enjoy that Intangible Cultural Heritage. On Lim Hill, several stages of villages in Bac Ninh Province are built. Visitors can enjoy “quan ho” singing at difference stages and interact with singers in traditional costumes. 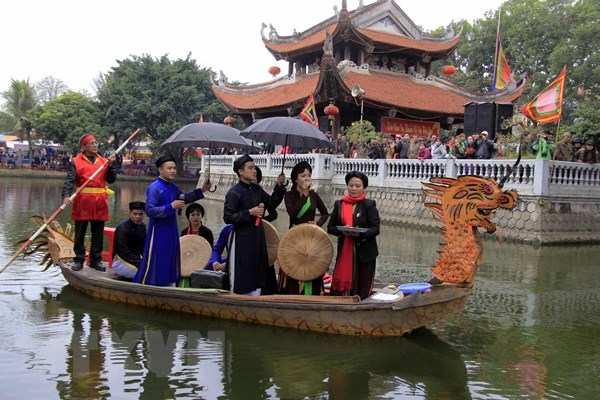 Death Anniversary of the Hung Kings

As Vietnamese people always show deep gratitude towards their origins and ancestors, every year, the Death anniversary of the Hung Kings-also known as Hung King Temple Festival-is celebrated on the tenth day of the third Lunar month. Every year, a large number of visitors from all over the country participate in a national festival – Hung King Temple Festival – an incense offering ceremony in honor of Hung Kings, who were instrumental in the founding of the nation.
The worship ritual originates from ancestor worship rituals in Vietnamese families and has become a significant cultural festival for the people. It helps to link the past and the present and foster strong sentiments of Vietnamese people for their families and country.The ritual is significant in the mind of Vietnamese people as it confirms that they have the same father and mother. The origin reminds Vietnamese to always unite, love and protect each other.

Some people call it Vu Lan or Vietnamese Mother’s Day, others call it Trung Nguyen as it is the day for lost souls to be in the search of mercy-the festival has it all. Under any disguises, this festival takes place on the 15th day of the seventh month in Lunar Calendar.
In Vietnamese, it is so-called “Xa toi vong nhan” festival because this is the day for the death’s souls.
In the thought of Vietnamese as well as people in many other countries sharing the same festival, on that day, gate of the hell opens and thus, souls of the dead can come back to their home and gather with family. Vietnamese considers that it’s occasion for family gathering as well as expressing love and gratitude to ancestor and parents. This is reason Vu Lan Festival is known as Mother’s day in Vietnam.

Mid-Autumn (Trung Thu) is the day when the moon is at its brightest in a year. In that spirit, to worship the Moon Genie, there comes the celebration of Mid-Autumn’s Festival. In Vietnam the Mid-Autumn Festival is the happiest day for children, during which parents buy their children various types of lanterns, snacks and funny masks. Various activities are held to celebrate the Mid-Autumn Festival in Vietnam. The main activities include worshiping the God of Earth, carrying carp-shaped lanterns and watching a lion dance parade. In addition, a variety of interesting literary and art activities are held throughout Vietnam during the Mid-Autumn Festival, as well as offering sacrifices to dragons, dragon boat races, and lantern fairs, adding much luster to the festival. 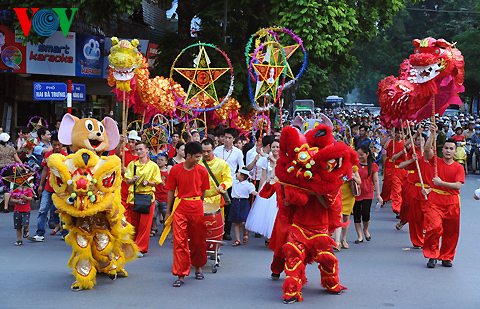 What’s so good about it?

Hoi An Lantern Festival is a monthly event that transforms the quaint UNESCO World Heritage Site into a spectacular display of paper lanterns. On the 14th day of each lunar month, every shop, restaurant, bar and businesses in the Ancient Town switches off all electricity and relies on hundreds of candles and lanterns. Meanwhile, entrance to all temples is free of charge, where you can see monks and locals holding candlelit ceremonies.

Where’s the best place to celebrate?

Hoi An Lantern Festival takes place in UNESCO-listed Hoi An, but the best place to celebrate is along the Ancient Town area. Held until late, the streets are also filled with musicians playing traditional instruments, Chinese chess, poetry readings, and lantern-making classes.
Go to topasiatravel.net for more useful information about Vietnam tours with Top Asia Travel