Lying on the banks of the Thu Bon River, Quảng Nam province ( in the South Central Coast of Vietnam), Hoi An Ancient Town is an exceptionally well-preserved example of a South-East Asian trading port dating from the 15th to the 19th century. The architecture in Hoi An is characterized by a harmonious blend of Vietnamese, Chinese and Japanese culture. Its buildings and its street plan reflect the influences, both indigenous and foreign, that have combined to produce this unique heritage site.

There are a lot of interesting thing for you to do in Hoi An. It is home to some of the most beautiful hotels and resorts in the world. You can stay closer to town or in the rice paddies with nature. Hoi An is ideal for bicycle, beach and boat-cruise trips. Hoi An is great holiday destination. 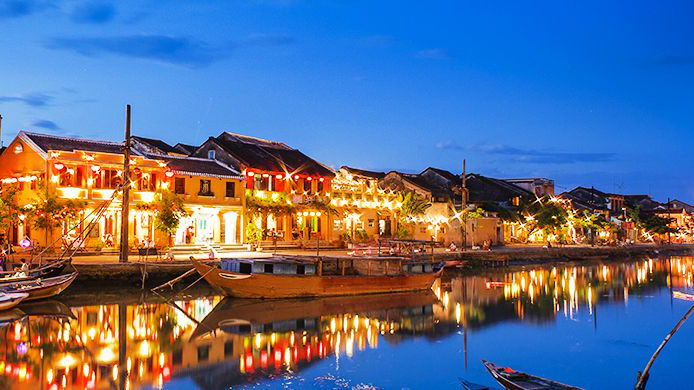 The culture & heritage that UNESCO World Heritage Site status for Hoi An Ancient Town was trying to preserve has long since gone. Since 1999, when UNESCO WHS status was awarded, there has been a massive increase in tourism – with the result that most houses have been sold by the community to speculators and shop owners to be used for commercial purposes. The former community, and with it their culture and heritage, has gone and in their place are endless indistinguishable shops, restaurants, art galleries, etc. There are literally hundreds of tailor shops in Hoi An.

Once purchased, the old town ticket (120,000 dong) includes five coupons that can be used to enter five attractions of your choosing: museums, old houses, assembly halls, the handicraft workshop (and traditional music show) or the traditional theatre, and either the Japanese Covered Bridge or the Quan Cong Temple. Tickets are sold at various entry points into the Old Town, including Hai Ba Trung Street, and also at some of the attractions, including the Cantonese Assembly Hall. The city requests that visitors dress “decently” while visiting sites in the Old Town. Men should wear a shirt and women shouldn’t wear bikini tops, sleeveless blouses or skirts above the knees. Respect the local culture and remember that you are not on the beach. 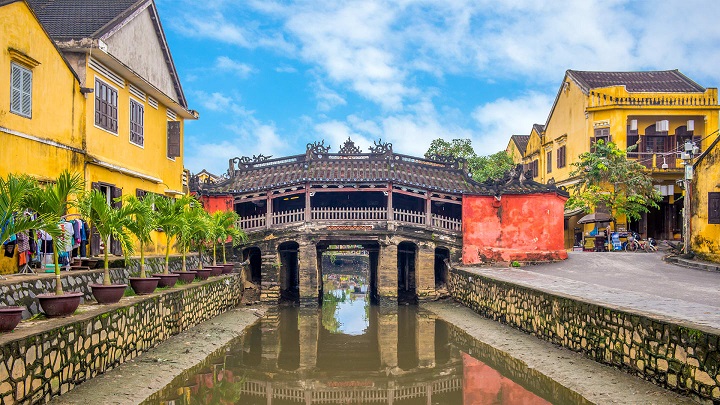 The ticket allows admission to four museums in the Old Town (one ticket-one museum):

There are three old houses that exist in an awkward halfway state between museum show-piece and somewhat shabby residence for the family that lives there.